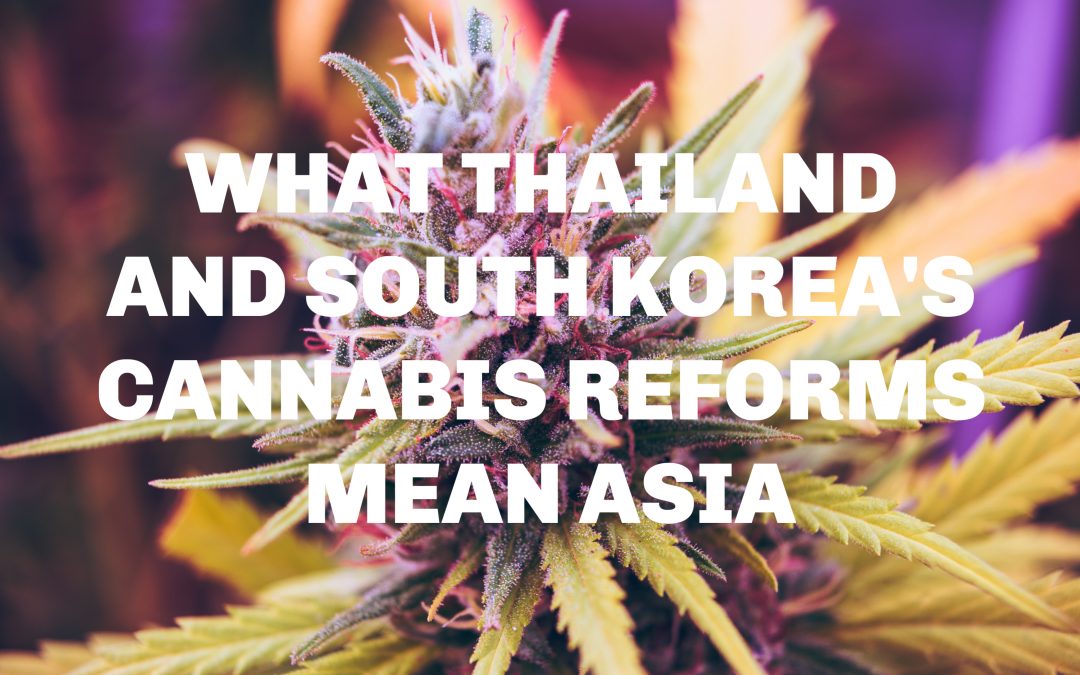 Thailand’s recent approval of cannabis for medical use has certainly come as a surprise to those familiar with Asia’s notoriously harsh drug laws. With the bill passing on Christmas Eve, Thailand joined South Korea in becoming one of the only countries in the region to implement a plan to legalize the use and research of medical cannabis.

While approval may have been unanimous (the bill passed 166-0 in Thailand’s military-controlled Legislative Assembly), the Thai government is clearly taking a cautious approach. Cannabis advocates where left disappointed to discover that, while it would indeed legalize research and medical distribution, it’s clearly been set up in a way that excludes the private sector.

In an interview with Voice of America, General Niyom Termsrisuk, Thailand’s Office of Narcotics Control Bureau Secretary, confirmed that the plan would come with strict regulations. A number of activists have pointed out that these restrictions make cultivation for commercial purposes prohibitively difficult (the fact that groups are allowed to cultivate only with a licence, and that these licences are mainly restricted to universities and research institutes makes commercial cultivation particularly difficult).

In South Korea, the legalization of medical cannabis in November comes with even more stringent restrictions, with patients being required to jump through a number of regulatory hurdles. Distribution will be handled by the Korea Orphan Drug Centre, a government body designed to provide “rare” medicines to patients suffering from conditions in which they’ve expended all other treatment options.

Despite the apparent trepidation by both countries, the move reflects a positive step forward in a region that has been extremely hostile towards drugs.

Under the Korean Narcotics Control Act, those caught possessing, consuming, growing and/or transporting cannabis face up to 5 years in prison (or a fine of 50 million won).

In Korea, persistent misinformation has resulted in a strong public stigma against pot, and public attitude surveys show many Koreans draw little to no distinction between marijuana and other narcotics. Celebrities caught smoking weed are paraded around and subjected to humiliating press conferences (it’s a little known fact that Gangnam Style’s PSY was arrested on marijuana charges early in his career, leading to a temporary ban on his music being sold to minors).

Drug laws are so strict that, following the October 17th legalization of recreational cannabis in Canada, the country’s Narcotics Unit felt it necessary to publicly remind Koreans living and travelling abroad that “weed smokers will be punished according to the Korean law, even if they did so in countries where smoking marijuana is legal”.

Like its neighbour South Korea, Japan also has extremely strict laws and a negative widespread public perception towards marijuana. Japan remains the only G10 nation with a ban on medical marijuana, with punishment for cannabis related offences ranging from 5 years in prison for possession and use to 10 years in prison for cultivation, sale and transport.

Thailand, along with its Southeast Asian neighbours, has some of the strictest drug laws in the world. Under the 1979 Narcotics Act, any act of production, importation, exportation, and disposal (or possession with the intent of disposal) carries a prison sentence of 2-15 years, while simple possession of under 20 grams is punishable by up to 5 years in prison.

Bordering Thailand to the south, the conservative Islamic country of Malaysia has a zero tolerance policy towards to drugs. Possession of under 50 grams of cannabis is punishable by up to 10 years in prison, while 200 grams is considered intent to traffic and comes with the death penalty.

In one particularly striking case earlier last year, 29-year old Muhammed Lukman was convicted of trafficking and sentenced to death for the crime of selling CBD oil online. The case prompted an enormous public outcry from a number of individuals, including the country’s new reform-minded prime minister Mahathir Mohamad.

In October 2018, Mahatir’s government announced plans to abolish capital punishment in the country, and a number of media outlets have reported that the government was also in discussion about the potential benefits of medical marijuana. This has led a number of activists to speculated about the possibility that Malaysia will be the next domino to fall as Asia begins to rethink its drug policy.

Separated from Malaysia by just a few kilometres of ocean, Singapore’s drug laws are similarly draconian. Those travelling to the island country are greeted by signs at Changi International Airport warning of “death for drug traffickers under Singapore law”.

Like South Korea, Singapore has doubled down on it’s anti-pot stance, with the Central Narcotics Bureau warning that citizens and permanent residents who use drugs overseas would be subject to punishment upon returning to the country.

Given that the landscape of Asia is so overwhelmingly hostile to drugs, many have speculated about the sudden change in both of these countries, and what it could mean for the region as a whole.

Writing about “The Tide Effect”, Andre Bourque correctly points out that legalization and changes to existing narcotics laws in one jurisdiction have a ripple effect in neighbouring countries.

Increasing leniency in a number of European countries, for example, is having a major impact on drug policy in the United Kingdom, while decriminalization in Uruguay in the early 2000’s has spread to Chile and other parts of Latin America, increasing consumption rates.

This same international ripple effect is happening across the pacific, with widespread reforms in North America affecting public policy in Asia Pacific.

While Bourque and others have pointed to the profound effects that legislation in one jurisdiction can have in another, many have countered that socially conservative attitudes and government heavy-handedness in Asian society is strong enough to counter this tide, preventing the kind of full legalization seen in Canada and parts of the United States.

It is true that the majority of Asian countries are overwhelmingly anti-pot, and are often run by governments which tend to lean more socially conservative. However, it should be pointed out that these punitive and draconian drug policies stand in stark contrast to the region’s history with the plant.

Prior to its prohibition, cannabis was used as a spice in Thai boat noodle soup. In Japan, hemp (taima in Japanese) cultivation has a long history, and has been used to make everything from traditional clothing to rope (the latter of which was a critical industry during the colonial era). Thanks to its strength and durability, Chinese archery bows where traditionally made from hemp as well. 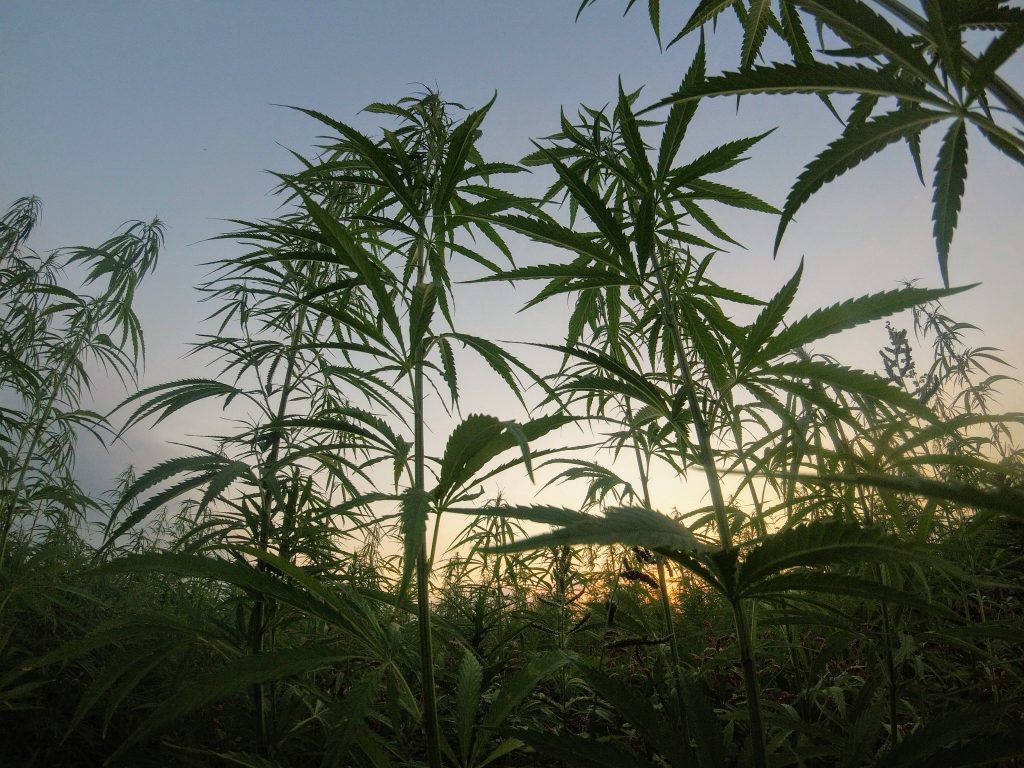 Rather than being a reflection of socially conservative attitudes, the region’s hostility to cannabis can be traced back to US drug policy. Most of the laws currently on the books in Asia were drafted in response to America’s war on drugs.

Japan’s Cannabis Control Act of 1948, for example, came about during the American Occupation. Ostensibly about protecting the Japanese public from drugs, the legislation effectively brought postwar Japan in line with US drug policy, stomping out what had once been a thriving industry in the country.

Similarly, South Korea’s own Cannabis Control Act was passed by Park Chung-hee in 1976, set against a backdrop drug crackdowns in America.

Thailand, Malaysia, and Singapore all found themselves caught in the drug wars of the 1980s, in which the United States attempted to choke off the supply of heroine from Southeast Asia. There’s no question that these moves had a direct effect on domestic drug policy in many of these countries, leading to a gradual shift in public perception.

There are exceptions, of course. China’s extreme aversion to narcotics can be traced directly to the humiliating Opium Wars which ravaged the country and cost them Hong Kong. But the notion that Asia is anti-drug due to cultural conservatism and puritanism regarding substance abuse doesn’t hold water. 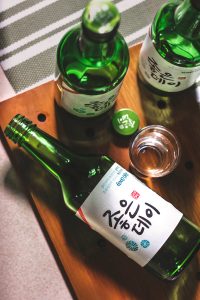 In addition to their long history with cannabis, many of these countries have heavy drinking cultures (to put it in perspective, South Koreans consume twice as much hard liquor as Russians – a whopping 13.7 shots per week on average).

This is in stark contrast to the history of prohibition in North America, a movement motivated by the same puritanical beliefs that no doubt influenced the later outlawing and demonization of marijuana (many of Canada’s bizarre liquor laws still in place today trace their roots back to the prohibition era).

A sudden release from the tight grip of US drug policy may cause many of these Asian societies to not only legalize cannabis in the near future, but to embrace it.

Activism in Asia lags behind the West, but there are a number of groups who have pointed out the contradiction between culture and drug policy. Saya Takagi, a former actress and pioneer of cannabis activism in Japan, has made a career out of advocating for medical marijuana, and has worked to demonstrate the compatibility of cannabis with Japanese culture, pointing to the historical connection between the plant and Shintoism (Japan’s nativist religion).

While Takagi’s 2016 arrest for possession and the treatment she received by the Japanese media wasn’t surprising, the event helped create a great deal of awareness within Japan.

In Thailand, pro-legalization groups like the Highland Network are working to spread awareness about the country’s own history with the plant, particularly in the rural regions. According to one Thai expert, “marijuana has always been part of Thailand’s culture. For centuries, farmers would go out to the field, they would use Kratom, by chewing the Kratom leaves. Then they’d go home and smoke a bong. They’d smoke so that they could eat, relax, and then go to sleep. And then do the same thing all over again.”

But the legalization also makes sense from a pragmatic standpoint as well. Plagued by aging societies and decreased consumption, a cannabis program like the one rolled out in Canada would provide a number of Asian governments with an extra, much-needed source of tax revenue (Canada is expected to generate in excess of $618 million in tax revenue by 2021).

And with both South Korea and Thailand breaking decades of resistance, 2019 could very well be the year that the wave of legalization that began in North America finally takes hold in Asia.